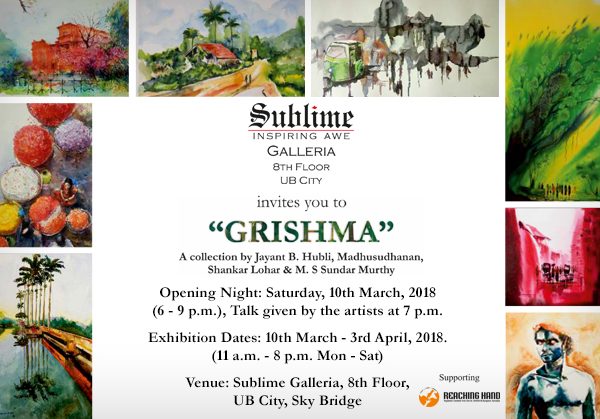 One of the reasons Bangalore has attracted people from across the country and internationally to put their roots down here is mostly because of two things, one is because it is the hub for digital revolution since the millennium and the other its history as the Garden City. It is a place where we get to see the change in seasons in the way everyday life is led and also through its green spaces. This shift in weather during the month of March in Bangalore makes way for the spring-summer blooms of colourful Gulmohar and tree of gold, which dot the city with flecks of red and yellow. Summers here usually unfold with an array of activities all around. Markets burst with varieties of mangoes, children play on the street, trees are filled with flowers, sugarcane and coconut vendors are out to quench a thirst or two. The beauty in all of this peaks and says hello, amongst all the dug up roads and jam-packed traffic of an ever-evolving city. As we sit in a cab, sip our coconut water, take a walk or cycle around, it’s hard to miss the beautiful blossoms of March splendour in Bangalore. Its inspiring for an artist, four of whom here, have created picturesque watercolour pieces celebrating Bangalore’s spring-summer in March!

Once upon a Time